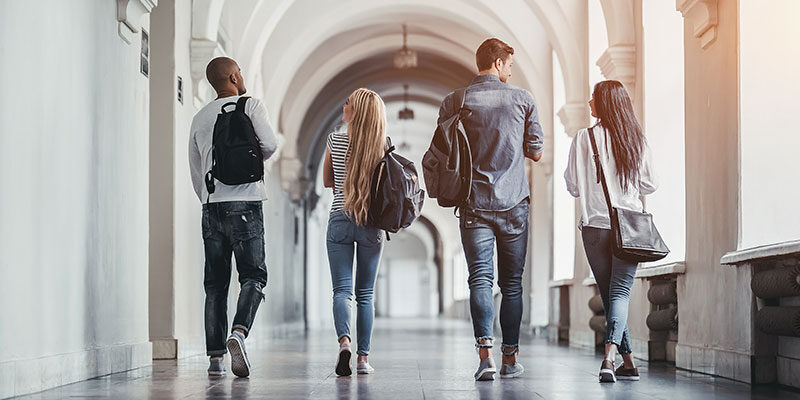 Man, even at this stage of development, is always looking for something for him to cogitate upon. So many times he sees things he is looking to see, when actually, they are only the figment of his imagination.

Thus it is that when he meets a reality, such as The Way, the Path of Initiation, he says, “Ah! Here I have something,” which is nothing but imagination.

Factually, here he has something which is very real. Those who have set out upon The Way know the actual difference between it and the rest of the world — the physical world about them. For Light is the password that opens the door — that aids the perfect pattern to draw to us the fullness of the Christos from the Father to fill every nook and corner of our physical being.

They will, all of a sudden, learn to meditate upon the Christ. A new imaginative phenomenon, as they would call it, will arise, and a great question will come to their mind: “Why all the blue light around?”

If they have strong souls and have ventured into the realm of Godhood and have had the Door of Realization opened to them, they may very frequently notice, when they are meditating, the blue light around them. It seems to sometimes get in the way.

One of the great Lights of India, Lord Krishna, stated that renunciation was between him and the world that existed. There was that strange haze, which he called, when he saw it, the Veil of the Gods.

Like many of the great beings — Jesus and others — most have not approached the level our Lord Jesus had. Krishna was said by the people to be not of this world, but of heaven. How right they were! God did give him power to keep a physical body on the earth so that he could teach men, and it most assuredly was under the protection of the Brothers. Nothing in nature could harm the spirit of Krishna. This is quite normal for a man of so great a potent; for he was called by the masses the God of Love. Perhaps this was his great message to the men of earth.

While he did suffer and die for humanity at this particular time of man’s development, he was forever surrounded by the Blue Veil of Initiation. This is the reason he was often called the “Blue God.”

The Blue Veil that one sees after Illumination — after having received the Christ Light or after the Door of Realization is opened — is the same blue we see in God’s sky. The Sun is always frosted in the deep blue called by some the blue of outer space which often appears as almost black. This is the haze — the veil of the gods — which is always around those who have taken on the states, consciously, of mortality and immortality.

It is said by some (and we do not give this as a distinct prophecy) that he was the forerunner of a blue people which is predicted to be the next world race. Their bodies will be made of a lighter density, or perhaps the term “etheric” may be applied. If identified in the spectrum, it would be in the blue.

It is the tale in India that Krishna was superior to all living things. They said he belonged to a mystic race whose bodies were formed of a deep blue spiritual ether of the heavens.

Every true teacher has reached a certain stage of development where, as it was stated by the ancients, there is ever a veil between them, the immortals, and the world — that they walk among us; they are not one with man.

In the material world, it is hard to see this veil — the blue veil — with material eyes. We can see it, though, for it is a wall which divides us from the others. With spiritual sight, we can see it.

Some are behind the red haze of materiality; others are behind the shining veil — those who have experienced the spiritual Illumination. To some people, you feel drawn in spite of yourself, while there are others who you don’t feel at all — who are miles away in another spiritual temperament.

There are those to whom you would not slap on the back, though they are your best friend. A power surrounds them — a wall you cannot penetrate. There is a respectful attitude. One feels they are different.

There are those people, like some in this School, who have given their lives to the priesthood. They serve all and labor with all; yet, not withstanding their acts of love, you cannot seem to know them. They have reached the point where they are not in this world — not of this world — and it is that which is between the initiate and all others. It is a veil which you cannot pierce.

It is the world between the false and true. None may close the gap save those in renunciation and simply, they pass the veil to return no more. Like the joy of self-forgetting service, it is an attribute that most people do not understand because they have not experienced the Initiation.

When one enters, he has just come through the world of Initiation and has entered the state of Being. Thus described, they are in a strange land, and they are strangers in the strange land. Herein is the joy which is to follow depending on the motive that brought them there; for those who are seeking peace, rest, and personal comfort find agony awaiting them. Those who come seeking service, which is the keynote of their being, are in great joy in heaven.

Jesus said, “Take up thy cross and follow Me.” That wall seems to be as realistic as consciousness itself. To the uninitiated it does not seem to exist at all; but those who have passed behind it know it is more solid than the densest granite and more resistant than the thickest steel. Thousands have battered themselves against it — the wall of God — but only he who is a little child may enter into the gate.

Sometimes a student studying out of the body strikes against the wall; but in spite of all their power, they cannot pass it. They are drawn back time after time. When the student is ready to see behind, he vanishes as he passes.

Then occasionally, we meet one who is called Master, who is of a different grade of consciousness. Once having seen the Great Truth, one does not forget it. He can never be one again with the ignorance left behind.

The material joys that once filled his Soul no longer interest him. The ways he once spent his time now pass as foolish drivel. It is his own life that divides him from the world; for once he became an intelligent worker in the great plan, he has great joys and mutual interests with those souls who are on The Way. This divides him from the things he once held dear.

Persons not having proper development present a terrible condition in itself. They want to go forward. Sometimes, they forget in passing through the veil by the sheer weight of the arts they have learned; and so they pass through the veil to put the blue wall between them and the life they have lived. Then, because they have forced themselves by impure desires, they take steps with which the world is not in tune.

They have passed behind the veil — not in sweet simplicity and devotion — but in great determination to get things that they should not have in their present condition. They are as if dead to the earth. By the force of their actions and mentality, they bring results which are agonizing to them spiritually, physically, and mentally; for they have become citizens of another world.

Man must be a worker with higher motives. He has a choice most sacred. He has renounced the material world and the craving of things as he once knew them. Lost are those who yet crave the world of which he cannot again become a part because in obsession, many have reached a position half-way through the veil. They have aspired to heaven while held to earth. A terrible rupture of the organism is the only result of such a Path.

Man must learn renunciation. This is not only of the mind, but of the spirit. Until he does give up all things, freely of himself, he is in hell; for if he lifts to the planes of immortality with every whim and desire crying out for gratification, he is damned in Spirit and Soul.

Remember, student, you cannot get away from that which you really are. You must build on a solid foundation of harmonized growth. Many, through metaphysics and undisciplined study, have become mentally unbalanced.

How many Napoleons and Joan of Arcs, Cleopatras and Julius Caesars by the score have you met from people who have learned something about reincarnation. There is a natural process for the answers as to who were you. But the importance lies in who you are NOW! — what you do and what you think.

Are you one of those students who are sitting on a beautiful throne waiting to play a harp, and at the same time, trying to stifle your desire for pork chops? If you are, stop acting and be yourself. Take on the image of the Christ by patterning your life after Him. Stop subjugating your desires by strength. This can never produce satisfaction anyway.

Do not be divided between ideals and disposition when you are seeking initiation. Do not try to preserve selfish traits and finding a hell within them. Let go and let God — accept the Kingdom.

For those who have penetrated the veil, the problem that presents itself is no problem at all; for they go forward and there is a constant preservation of the physical body which is spiritualized.

But if you have not let go and you seek to take on this type of initiation, you may wreck your physical body and will not be able to go forward. You must be through with the things left behind. The things of the Spirit come first.

Your first thought in the morning must be God and your greatest joy, prayer — the prayer of oneness. You cannot ascend into the higher states of vibration of being and carry with you prejudices, likes, dislikes and temper.

Most people will spend the morning in a prayer, concentrate in the midday, and meditate in the evening; and yet, they will spend the rest of the time showing the meanest of character they could bring forth to their Brother man. Most people practice nothing and force their attainment through will.

Be thou of good cheer! Take up thy rod and thy staff and thy cross and follow me and I will give you rest, said our Lord Jesus.