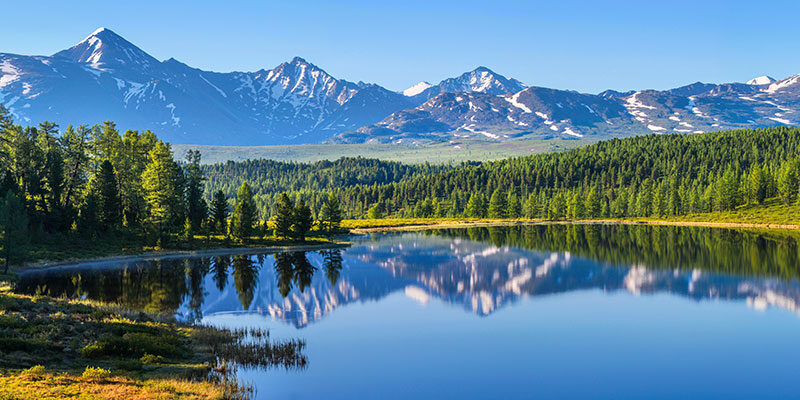 The Control of Conditions

The Spiritual Healing through Mind is based entirely upon the reality that we are surrounded by a Universal Mind, into which we think. This Mind, in its original state, fills all space with Its Presence. It is in man, as well as outside of him.

As he thinks into this Universal Mind, he sets in motion a Law which is creative and which contains within Itself a limitless possibility. There is no limit to the Law, which is infinite, but there appears to be a limit to man’s understanding of It. As his understanding unfolds, his possibilities of attainment will increase.

Man cannot take what he wishes but can only attract to himself that which is like his thought. man must become more if he wishes to draw a greater good into his life. It is true, in reality, that everything is ours, but it is only as true as we make it. We must always comply with Law, which is a law of liberty — not of license.

The Law is impersonal and neither knows nor cares who uses It, nor for what purpose. Because It is impersonal, It is compelled, by Its very nature, to return to the thinker exactly what he thinks into It.

Man can advance only by going from where he is to the place where he would like to be. As man unfolds in his mentality, the Law automatically reacts to him. If we realize more of the Truth each day and apply it in our actions, we are on the right path and eventually, we will be made free.

It is impossible to divorce spiritual understanding from the proper use of mental law. The spirit within man is God, and only to the degree that we listen to, and seek to obey that Spirit, shall we really succeed. as soon as we recognize that god is, we can turn to the law and tell it what to do.

If we wish to attract friends, we must begin by imaging (forming the image of) ideal relationship by sensing and feeling the presence of friends — enjoying them in our mentalities, not as illusion, but as reality — not as a dream, but as an experience — declaring that their presence is now here — that they know it and we know it.

Spirit is both Cause and Effect. Prayer is its own answer.

In dealing with Mind, we are dealing with a Force which we cannot fool. We can fool ourselves — we can fool others — but we cannot cheat Principle out of the slightest shadow of our most subtle concept. We must either transcend all that has gone before by walking above it — neutralize it by an opposite state of consciousness — or endure it.

Get a sense of self-mastery — of being equal to every occasion. There is nothing too great, no obstacle that you cannot surmount, and no obstruction that you cannot dissipate by the power of Truth if your concept of Truth is dynamic enough and clear enough and if the embodiment is complete.

Never look at that which you do not wish to experience. Any false condition must be refuted with the proper kind of denial based upon the recognition that, in reality, there is no limitation. It is the consciousness in back of the word that forms the word. Consciousness means the inner embodiment of an idea through the recognition of Truth and a direct relationship to the Divine.

Everybody automatically attracts to himself just what he is, and you may set it down that whatever you are, however intolerable the situation may be, it is just where you belong. There is no power in the Universe but yourself that can get you out of it. Some one may help you on the road to realization, but substantiality and permanence can come only through the consciousness of your own life and thought.

One should definitely, using his own name, declare the Truth about himself daily, realizing that he is reflecting his statements into Consciousness and that they will be operated upon by It. In mysticism, this is called High Invocation.

Jesus said: “Resist not evil.” (Matthew 5:39) What he meant was that non-recognition of evil is the only way to avoid it, and this is in keeping with the Law of Cause and Effect.

If one believes in fate, he must be healed of that thought because there is no such thing as fate. There is only the One Perfect Power which is not contingent upon any place, person, condition, time of year, or anything but Itself.

Anyone who says: “I have no personality with which to attract people” must come to recognize that there is but One Person and that this Person is manifested through every living Soul. It is radiant, vibrant, dynamic.

The ones to whom we are the most strongly attracted are not necessarily the ones who are the most beautiful physically, but are the ones from whom we receive that subtle emanation — that “something” — the inner recognition of Reality.

Do not look at yourself from a standpoint of restriction; but instead, break the bonds of necessity — the routine of getting up, eating, going to work, coming home, sleeping, getting up again, etc. — and see life as one continuous expression of the Infinite SELF. Something, then, will happen in the outer conditions to ease the demands of the Law of necessity.

Do not believe that “opportunity knocks only once.” That would be a belief in limitation, and it must be denied completely and specifically. We exist in Limitless Opportunities which are forever seeking expression through us and are expressed in and through us.

Know that there is no condemnation. Nothing can condemn unless we believe in condemnation. Talk to yourself, not to the world. There is no one to talk to but yourself because all experiences take place within. Conditions are the reflections of your own meditations and nothing else.

Hold your desires daily as an already accomplished fact and go about your business with joy and gladness, with peace and quiet confidence. Don’t be disturbed by anything that happens on the outside.

Jesus said: “Judge not according to the appearance, but judge righteous judgment.” (John 7:24) And Paul wrote: “Things which are seen were not made of things which do appear.” (Hebrews 11: 3)

If one complains that “business is bad; there is no activity,” have him recognize that there is but one activity, which is perfect. Nothing has happened to it, nothing can cut it off. It is always operating. There can be no belief in inactivity. If you have a store, see the place filled with people every day. You are dealing with Intelligence, and it is going to evolve your concept exactly as you involve it.

If you want a special piece of information, say: “I wish to know this thing, and I do know it. Whatever instrument is necessary to present it to me now is in full operation. The Spirit of Intelligence within me tells me what I should know. Everything that I should know I do know.”

It doesn’t matter how you get the knowledge — you might come upon it on a billboard. The demonstration is complete when you receive it.

Jesus seldom asked God to do things for Him; He gave thanks and then commanded the Law to work. The Law is the servant of Spirit; man is Spirit, but until he knows this, he will be only half-using the Law. The Spirit is the personality of the Father.

Treatment is not for the purpose of making things happen; it is to provide, within ourselves, an avenue through which they will happen. Treatment opens up the avenues of thought, expands the consciousness and lets Reality through. Treatment removes doubt and fear.

Another definition of treatment is: “The act, the art, and the science of systematically and consciously inducing such thoughts as we wish to see expressed.” If that is true, it may be asked, “Why can’t we just affirm that we have (meaning that we shall immediately obtain) what we want, and let it go at that?”

You can do it — in principle. But you can go only as far as you know the Truth; you cannot demonstrate beyond your ability to know the Truth. So you begin with the things you know and, from that basis, evolve a greater knowledge. You must know the Truth and know that It is the Truth.

Examine the things which you say you want, then ask yourself: “Do they express a more abundant life, rob none, create no delusion, but, instead, do they express a greater degree of livingness?” If they do, then all the power in the Universe must be behind them, and there is nothing in the Law to deny them to us.

The Law is a Law of Reflection. It cannot initiate anything; It can only reflect.