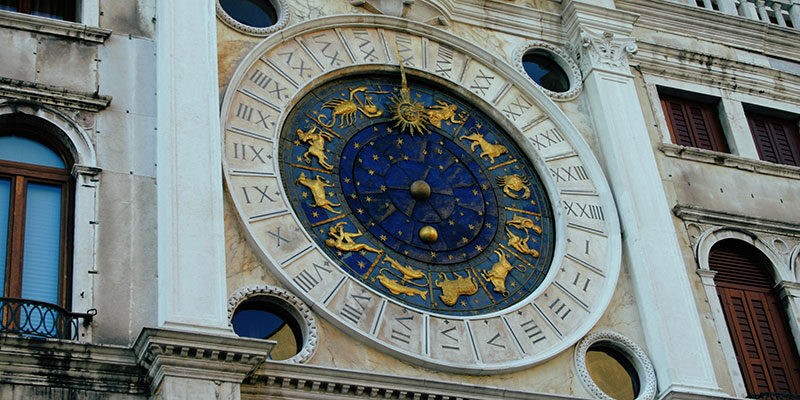 Law of the Triangle

Everything in nature — in God’s world — is and does function by and through certain few basic laws. These laws are just as 2 + 2 = 4, or any other rule or formula of arithmetic, chemistry, and the engineering principles of your automobile.

This is the Law spoken of by many of the Great Masters and by the Master Jesus. One passage says: “Thy Word shall not return void.” It is this Law which gives man choice. It works through many forms of matter.

Let us take the triangle as taught by the Christian church, or as it was in the original teachings. This is the triangle that is basic, but was not taught so that it was useful in everyday life. Here, we have the Trinity:

We said that the triangle existed in many forms of life and matter. Here we see it in light and color: 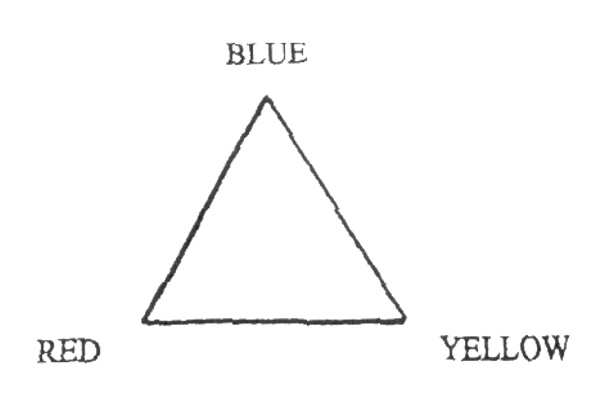 This is one of the principle forms. It is also the second form coming down — the Seals of Creation from the Creator, or God in density; that is, God-Power.

In and with these three colors are all the known existing colors and shades in this world made light, and light energy is the basis of all substance. It is the Father working through the Sun/Sun through which the Life Force flows. It is the eternal triangle — THE LAW — the Law of Light — visible light — that you can see with your physical eyes manifesting color.

It is also the invisible Light which we do not see with our physical eyes, but which we can see with our sixth sight, or other set of senses; for from all the kinds or types of light, visible and invisible (in other words, various wave lengths of light) comes the stuff of which dense matter is formed.

In Force and energy we have: 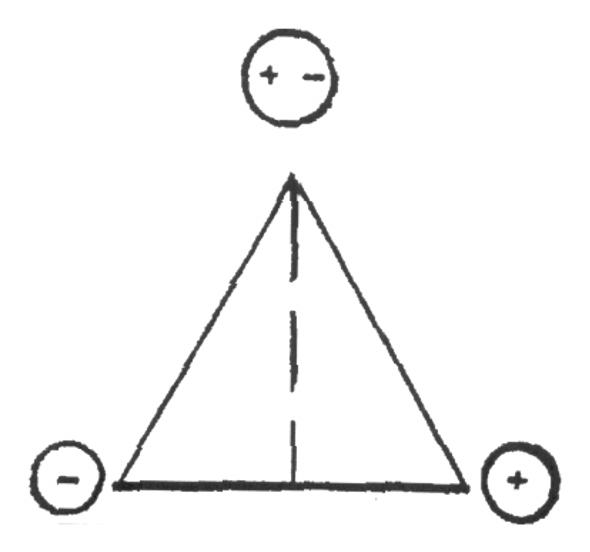 Here we have the potential triangle which shows how and why the Great Creative Force works through the Law.

If we follow the positive signs (+) to the negative (-) clockwise, we see the direction of the God-Force in its spiritual cycle. On the other hand, if we follow the signs counterclockwise, then we see the manifesting of spirit in matter. There is always the seen and unseen path. They always exist.

In physical manifestation, we have: 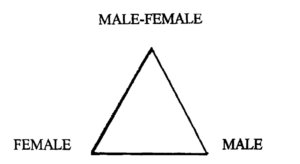 This is the God and Man triangle of the creative force, and the Male-Female balance. 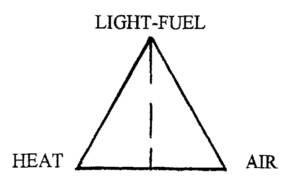 The above triangle shows the method by which we obtain heat, or what is called “combustion.”

For instance, combustion occurs in your car. It is also the metabolism of the physical body, or the way in which the energy is released from the consumption of food to run the body. 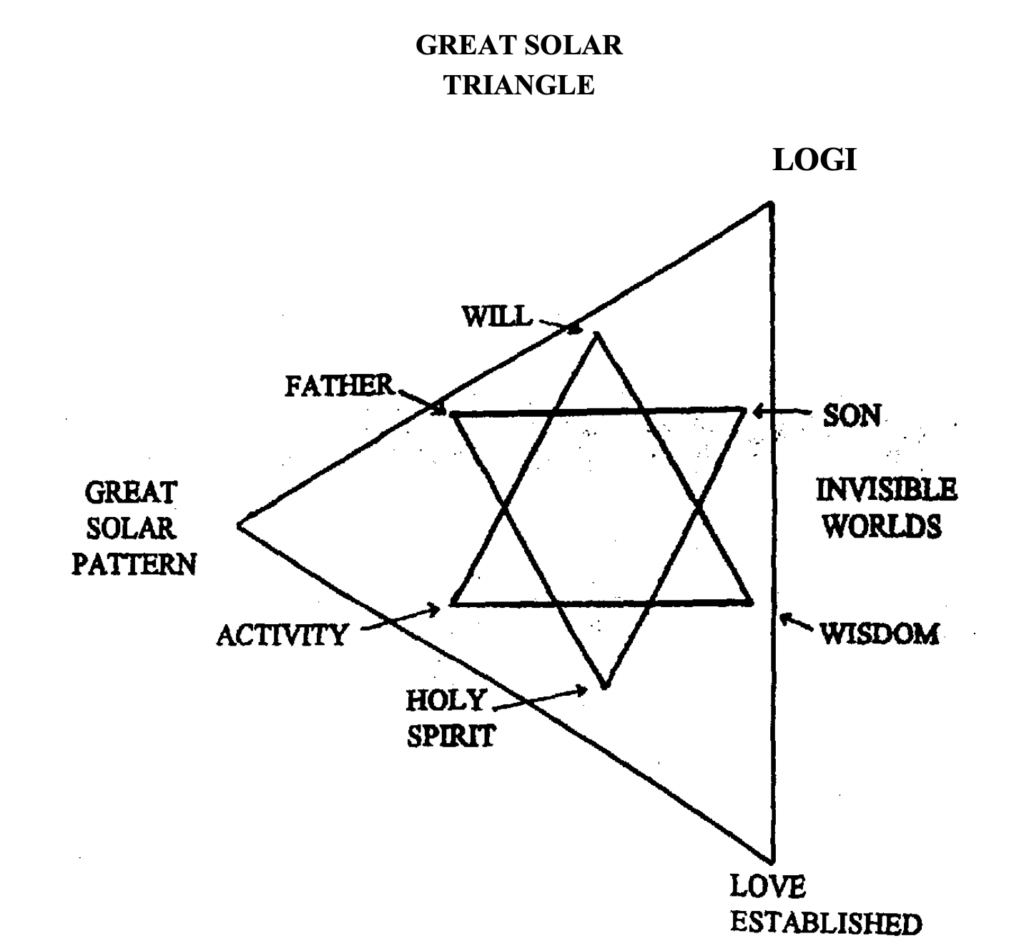