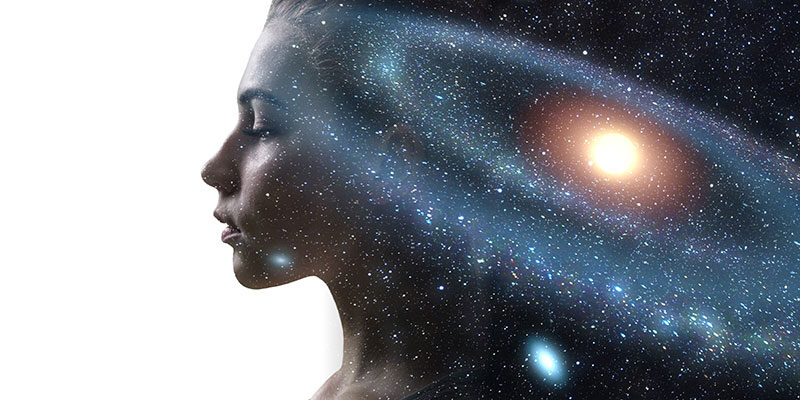 The first step, then, in the use of this rite called the Chamber of Meditation, is to establish the attitude of centralized and focused power. You do this by placing yourself in the center of a small universe.  Here we come to a very ancient symbol: the circle with a dot in its center. It is a symbol of the Universe, with its sun, a symbol of centra­lized power, a symbol of the primitive cell in all living matter and of atomic structure in the elements. The illustration is the cartouche or seal of the pharaoh Thutmose III.  It is also the official seal of our Order. Note the circle with the dot in the center. It symbolizes the sun and Ra, or the universal crea­tive power. The circle and dot are also the symbol of the point of expression of the individual in its re­lation to the over-soul or universal soul, the dot being the individual expression of the person, the space within the circle being the universal soul; to each of us there is the one dot, our inner self, the center or focal point of the universal soul with all other persons as billions of dots within the circle. 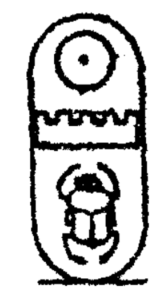 You proceed, standing or sitting wherever you may be and drawing around you an imaginary circle approximately — or precisely, if you can make it precise — seven feet in diameter. You are to imagine that circle as drawn on the floor or ground where you stand, with yourself in the very center of it. If it is possible to draw the circle with chalk, or with a white string laid on the floor, to help you visua­lize it the first few times, it may be done. But you must become accustomed to visualizing the circle, and, as soon as it is completed, to feeling and sensing that you have enclosed yourself in the center of a small universe.

As soon as you have established this mental attitude, you should remain standing, or seated, in the center of the circle but facing toward the east, the geographical east. Then, with eyes closed for about a second or two, say mentally the word MATHRA just once. The word need not be said audibly unless you are alone, but even then it is good practice to say the word mentally so that you will become accustomed to saying this and other vowels mentally. The sound of A in the word should be broad and long, as in “ah.”

By mentally drawing the circle and standing within it while you say the word, you are taking the first steps in the rites of the Chamber of Meditation. After pronouncing the word the eyes may be opened, and at once you will sense a different condition of attunement then you have experienced before, providing you have had in mind the principle that while within the circle you were the central point or focal point of incoming power. For a few minutes while standing or seated there, following the use of the word, the new attunement will give you clearer sight, clearer hearing, and clearer thinking. In other words, you will find that you are in a state where clairaudience and clairvoyance are possible. It will last for only a few minutes because there are other steps to be taken; these will be given in the next lesson. Therefore, use this work at such times as you wish to think clearly, to sense an inspiration, to see or hear that which is not perceptible to the eye or ear otherwise. Used once or twice a day, especially in the morning or evening, this week’s practice will prove to be one of the most helpful steps you have taken lately.