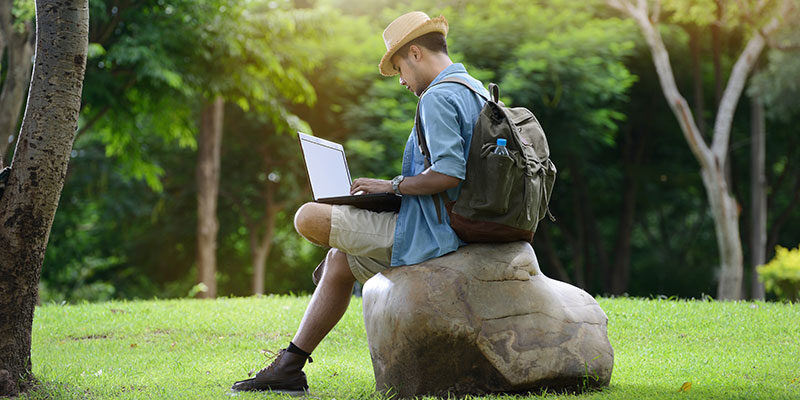 The word communication is a very interesting one. It is the connecting link between the past life experience and the existing lives we are now living — as individuals, as races, as nations, and, most of all, as the expressions of the Great Master Creator!

The dictionary defines the word as “Act or fact of passing along, transfer by talking, by writing letters, messages, means of going from one place to the other, connection passage.”

Only by having a Universal Picture, that is, a Picture which embraces Life through the Solar System, Life of all forms — only through understanding the way our Brother worships, and seeing all Religions, Faiths, Philosophies are really no different, and that the only real difference is not what has been put in the teachings, but what has been left out, that makes them appear different.

This is why, in our first lesson we brought to you the understanding of Symbolism, so that as you go about your daily duties throughout the world in the work-a-day world, you may learn to observe the symbolism of Life, through experienced observation. By seeing it in the material form of things, you may observe the form of a building, a modernistic picture or way of Life in history, the new hat your lady wears, or the forms of (circle), (triangle), (square) in one of God’s beautiful flowers.

Through the use of Symbols, man is able to create rituals which build a visible realization of the Creator’s Law and order of this world, this Universe, and thus build up the feeling which gives Man the ability to work with the Great Law of Creation. Then, when you attend the church of your choice, you may be conscious of the force in action.

Through the realization of form in all things, you will recognize the connection of your church and others now existing, and even some of the ones in ancient history and philosophy. They all have a uniform and common ground in many things, and they all tell the story of the same basic force working though all rituals. It is in accordance with how much you have developed, whether you are the instrument in the Outer Temple or the Inner Temple.

Let us define the statement “Outer Temple and Inner Temple.” In the ancient religions there were three classes of people who attended the temple service:

First — The Multitude who were allowed only to approach the Temple to worship and bring burnt offerings. They never came beyond the brazen Altar of sacrifice.

Second — The student Priest and disciples who were admitted to the service of God in the Temple and came as far as the second veil or court of the Temple.

Third — The high Priest who alone was admitted behind the second veil or curtain into the center where the Sheikena or the Ark of the Covenant was placed.

Here we see the Temple as:

Interpreted in the Modern Mystery School, we would find:

First: Students who have awakened to the spiritual responsibility and are endeavoring to reach the higher life by study.

Second: The initiate or probationer who has taken a certain obligation to himself, whereby the individual self agrees to love, honor, and obey the true Inner Man, and dedicates itself to a life of service as a means of approaching the inner court, and attaining to the conscious realization of the God within.

Third: The priest — the Mystic — the devotee — one who persists and shows his devotion in such a manner that he is considered likely to acquaint himself creditably in the wider work and is, there- fore, being prepared to pass behind the veil at the earliest time in his development, with safety.

In the New Age, the age we entered in the year 1883, the first court or veil has been dissolved. In other words, in this world, the outer and second court of the Temple have become one. This leaves but one inner court, which is that of the higher evolvement. In modern terms, those who devote their lives to the service of God and Man entirely.  The outer Court is where the masses of people must now adapt themselves.

In this New Age, the Man on the street is now obligated to himself, to the inner man to love, honor, and obey the true inner man, and the higher self to serve his brother materially. In addition, he must become conscious of the Great Creative power within himself. Whether he has reached this stage of development or not, it will soon be a case of being able to handle the Force and power of this world — seen or unseen — or he will pass through transition because of its effect on the physical vehicle.

In the New Age in the inner Court, the men and women whose development has brought them to a point of consciousness, where they have learned to handle the power, and are learning to handle the tools of the various vehicles, such as Mind, Sight, Hearing, both in the seen (Material World) and also the unseen (Psychic World) manifest complete Freedom on both planes of existence.

Thus we have a demonstration of communication of the Symbolism and Communication between the different eras of mans progress.

Therefore, it is necessary to bring all religions into one common ground — this is the Science of Life!

IN THIS AGE YOU MUST BE ALIVE WITH LIVING!

Observe during your working day the many objects you use, wear, and work with which contain the three basic patterns discussed in our current lesson.